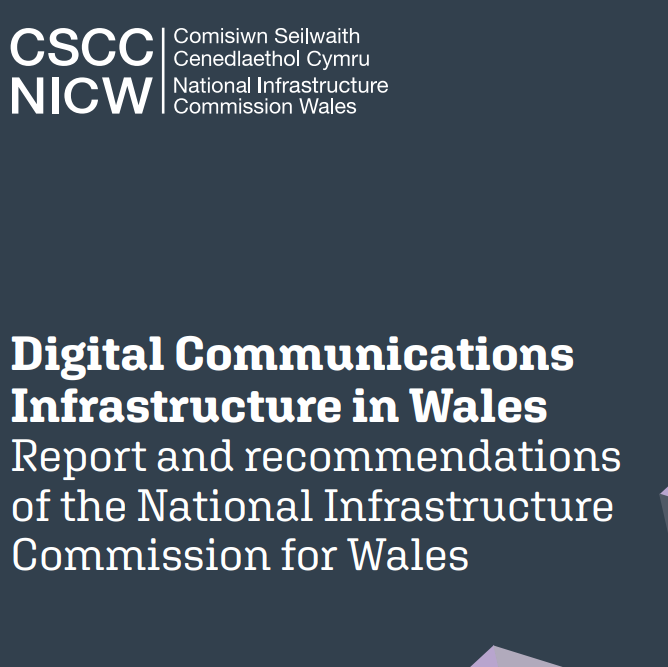 The publication of the National Infrastructure Commission Wales’ report to the Welsh Government makes some clear and stark recommendations on what is needed to attract investment in digital infrastructure into Wales.

Following on from the industry’s own calls for permitted development rights reform the Commission’s recommendations call on the Welsh Government to seriously consider planning rules that are more favourable to mobile infrastructure more so than other nations of the UK. In addition, the document highlights that planning guidance has not been updated since 2002, suggesting that Wales has been slow to reform its planning regime which has had an adverse impact on the cost and length of time taken to deploy new infrastructure.

A summary of the key recommendations made by the National Infrastrcuture Commission related to mobile infrastructure and coverage:

Commenting on the recommendations made by the National Infrastructure Commission Gareth Elliott, Head of Policy and Communications atMobile UK, said:

“The Commission’s call to urgently review planning guidance and permitted development rights is welcome at a time when the industry is investing heavily in network upgrades, 5G and the Shared Rural Network. As other nations within the UK advance reform of their planning systems to take advantage of world-class  mobile connectivity, it is important that Wales keeps pace too.”

A link to the full report by the National Infrastructure Commission for Wales can be read here.