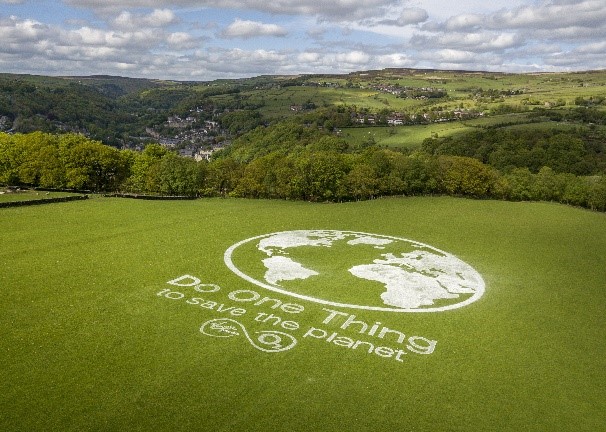 Virgin Media O2’s new sustainability strategy, the Better Connections Plan sets out the company’s bold and ambitious commitments to use its purpose, people, and products to power a better, more connected, and greener future for its customers and communities nationwide.

This includes new commitments to achieve net zero across its full value chain, using its gigabit broadband and 5G mobile networks to support the transition to a low carbon future. It includes a focus on electronic waste – the fastest growing waste stream in the world – by helping ensure that devices are re-used or recycled sustainably or donated to people in need. It further commits the company to carbon reduction, champions circularity, and supports communities as it upgrades the UK.

“It’s in all of our hands to tackle the climate crisis.

“As part of our mission to upgrade the UK, Virgin Media O2 is stepping up for the planet, for people and for future generations with our Better Connections Plan. We will cut carbon faster, champion more sustainable and low carbon tech, tackle e-waste, and provide data and devices to those in need, so everyone can live in a better, more connected, and greener world."

The Better Connections Plan will also champion and support the company’s new diversity, equity and inclusion strategy, All In, to become a more inclusive and equitable company, and to show greater support and allyship to marginalised communities.

About the Route to Net Zero Standard

The Carbon Trust is a global climate consultancy driven by the mission to accelerate the move to a decarbonised future. The Route to Net Zero Standard helps companies plan their route to Net Zero, and certifies their progress on that journey through a three tier framework – Taking Action, Advancing and Leading. More information here.

About The Climate Pledge

In 2019, Amazon and Global Optimism co-founded The Climate Pledge, a commitment to reach the Paris Agreement 10 years early and be net-zero carbon by 2040. Now, more than 300 organisations have signed The Climate Pledge, sending an important signal that there will be rapid growth in demand for products and services that help reduce carbon emissions. For more information, visit www.theclimatepledge.com.