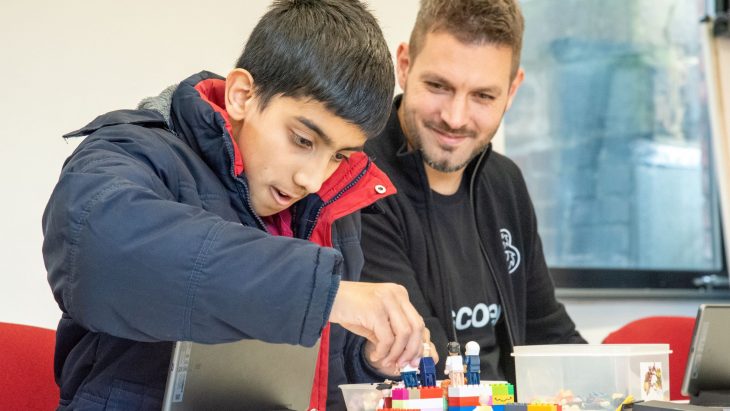 This article has been replicated from the Three UK website and can be found here.

Almost half of all young people aged 11-17 can’t access the basic tech they need to ‘achieve their best’, according to new research from Three UK.

The survey of 700 11-17 year olds found that the digital divide is continuing to leave millions of young people behind, with almost half (49%) of those polled not having access to adequate technology at home and a third (33%) not having access to even a laptop or computer.

Unsurprisingly, the inability to access basic tech at home is causing young people to worry about the impact this will have on both their school studies and their future employment. Of those without access to a laptop or computer, over two thirds (71%) find it difficult to apply to jobs or do schoolwork, whilst half (50%) were similarly worried about its effect on their future employment.

Three UK commissioned this research to understand how young people are affected by a lack of technology and access to connectivity.

With the research also revealing that over a quarter (27%) of young people want access to the latest technology, outside of school and college, Three UK has launched a pilot campaign to supercharge three youth clubs across Leeds and Birmingham with Three’s high speed 5G Wi-Fi and Lenovo tablets:

Thousands of young people attend youth clubs across the UK and it’s a clear government priority with £380m pledged to ensure that by 2025, every young person in England has access to regular out of school activities.

High-speed broadband was also identified as the most useful tech that young people needed access to, with almost a third (31%) stating that it was the most important, over and above devices, printers and scanners.

In addition to gifting 5G connectivity, Three’s Discovery team have also delivered a series of bespoke digital skills workshops to ensure each youth club can get the most out of the technology.

‍“Access to technology and connectivity has never been more important for young people across the UK. It has become an integral part of their day-to-day life, from aiding them in their studies, to providing them with a creative outlet or simply in communicating with their friends out of school.

“However, the digital divide very much remains. That’s why we wanted to look at how we could support young people who might not have access to the tech they need at home. We’re really excited about partnering with the Hamara Centre, Hall Green and Shard End on this initiative; both in providing them with connectivity and technology and in supporting the incredible work that they are already doing for the local community.”

‍“Shard End Youth Centre has played a vital role for the local community for more than 50 years. It has existed since I was a child and has continued to evolve to meet the needs of young people. However, we know that technology is one area that we have not been able to keep pace with. Our internet is poor and our computers are years old. We’re therefore absolutely delighted that Three has chosen our youth club to partner with on such an excellent initiative. Everyone is so excited about using the tablets and having access to high-speed internet, so we’ve no doubt that it will be a game-changer for us.”

The Discovery team create and deliver key learning that supports digital capability and better connectivity, every day, for everyone.

Discovery reflects Three’s ongoing commitment to empower and educate local communities by teaching them essential digital skills, ensuring that mobile technology is accessible and enjoyable for everyone.