The Electronic Communications Code – What is it, and why is it so important to mobile deployment? 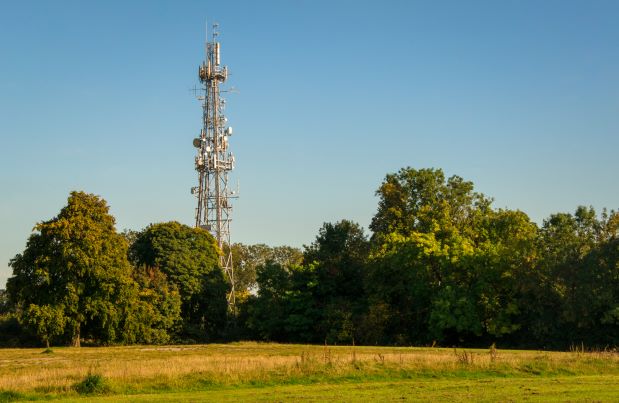 This blog was written by Mobile UK's Director of Policy and Communciations, Gareth Elliott, and was also featured on the IoD's website here, LinkedIn here, and also submitted to the Rural Services Network.

As we walk the streets or sit on a bus, we rarely consider how it is possible to make calls, receive e-mails, catch up with the news or send photographs, all on the same device, and sometimes all at the same time. But the provision of the invisible connections on which our 21st-century society relies is complex, expensive, and challenging.

The UK’s mobile operators invest over £2billion a year in the equipment that provides this increasingly capable signalling. They are building out 5G networks to offer new advanced services and add the capacity to meet the demand for mobile data, which has increased twentyfold since 2011, while also extending 4G to 95% of the UK’s landmass.

The network rollout needs a legal framework that properly supports the process, respecting the rights of landowners while enabling operators to deploy equipment speedily and simply. This is the role of the Electronic Communications Code. Originally enacted in 1981, it was reformed in 2017, recognising that the UK’s mobile services are no longer a luxury item but are now is part of the nation’s critical infrastructure, like our roads and energy networks. One of the goals of reform was to reduce the escalating cost of accessing land, which had become unsustainable and was holding back the provision of extra coverage and capacity. The reforms have been successful in this respect, with the operators and Government subsequently committing to invest jointly an additional £1 billion in rural coverage by 2027. But, in the face of stiff resistance from a small number of landowners and agents, who are finding loopholes, the Code is still not functioning as intended, and this poses a big risk to the operators’ ability to deliver extra coverage and to build out the 5G networks that our economy requires to sustain growth and remain competitive. According to the Centre for Policy Studies, if the delay to the delivery of 5G, caused by the loopholes, continues at its current rate, over 11 million households and businesses could be missing out on advanced mobile services by 2028.

These delays could also hold back efforts to reduce digital poverty and ‘level up’, put cost pressure on providers, and thus risk adding to the cost of living crisis. In its recent review, Ofcom reiterated that customers in the UK enjoy some of the lowest mobile prices, in comparison with France, Germany, Italy, Spain and the USA, and that prices have fallen, even though the volume of data consumed has grown many times – customers have been getting more for less. But Ofcom also expressed concerns about the risk of rising prices, driven by the cost pressures from the networks. The Code exists to ensure that infrastructure costs, and in particular rents, are sustainable and based on the principles of providing an essential service.

We, therefore, welcome the Government’s intention to close all these loopholes in a Bill currently before Parliament. The changes are essential for supporting the continued expansion, upgrade, and enhancement of our mobile networks, which ultimately will enable the UK to be more competitive and to be served by world-class mobile services.

While the Code has reduced the rents that landowners can charge, it does so on the basis that an essential service is being delivered. The payments are designed to give a fair consideration for any land that is used. The Code is actively intended to prevent the extraction of premiums or ransom rents, even if such rents are to be used for the funding of public services, sports clubs, and other amenities. The connectivity provided is consumed not only by the site provider but the community as a whole. Blocking the construction of masts denies not only the landowner’s connectivity but also the connectivity of any businesses, residents, and communities within range.

The Code is designed to provide a framework that promotes investment in infrastructure and thus extends coverage and capacity across as wide a reach as possible.

The Code is designed to provide a framework that promotes investment in infrastructure and thus extends coverage and capacity across as wide a reach as possible. The pandemic has brought the value of digital connectivity into focus as people’s working practices evolve to a new normal. With the advent of 5G, we expect to see even more use of mobile networks as many more sectors, such as manufacturing, agriculture, and energy, make innovative use of wireless technologies. Mobile UK has published a series of mini-reports that explain these opportunities from 5G in non-technical language.

This is why the current Bill is vital to making the Code work effectively and keeping the cost of accessing land sustainable, thereby helping to ensure services remain affordable for all. As the Government confronts the ‘cost of living crisis’, our sector must not be put under any more cost pressure. We must also be given every encouragement to invest otherwise, the UK risks failing to reduce digital poverty and risks failing to spread prosperity more evenly across the UK, as the Government has so recently committed.