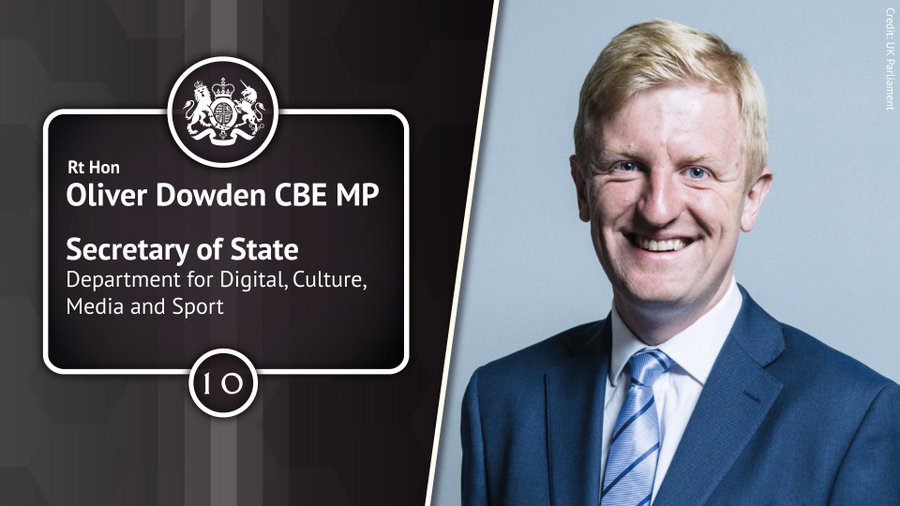 As the industry welcomes the Rt Hon Oliver Dowden CBE MP into his new role as the Secretary of State for Digital, Culture, Media and Sport it also calls on him to work quickly to maintain momentum on key projects such as the Shared Rural Network and planning reform.

During the last election the Government made a committment to formalise an agreement with the indsutry on the Shared Rural Network, an unprecedented iniative to extend 4G geographic coverage to 95% of the UK's landmass. The industry is working with the Government to formalise the agreement which includes a £1 billion package of both public and private money to both eliminate the majority of partial not spots while also extending coverage into some of the hardest to reach areas of the country.

Alongside this, and as 5G deployment extends to many more towns and cities, the industry is also seeking further reform to the planning system to better incentivise sharing of infrastrucure and to remove anomolies that often add barriers to the build out of mobile networks.

Commenting on the appointment of the new Secretary of State for the DCMS, Hamish MacLeod, Director at Mobile UK, said:

"The industry welcomes the new Secretary of State and looks forward to working with him quickly on issues such as planning reform and the Share Rural Network."