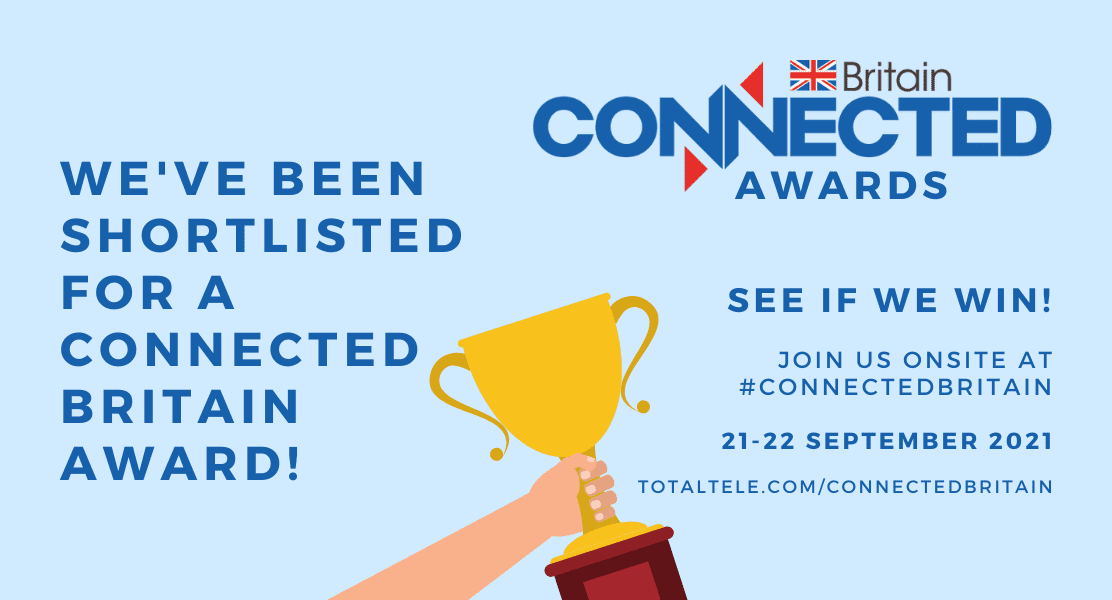 Mobile UK is delighted to announce that our #5GCheckTheFacts campaign has been shortlisted for two categories in the Connected Britain Awards 2021.

The #5GCheckTheFacts campaign is a public information campaign, launched to provide awareness and education about 5G and to tackle misinformation about the technology. Focussed on providing factually accurate information and a desire to help alleviate concerns and misunderstanding the campaign has produced a multitude of collateral to help the public, local representatives and politicians with the means to learn about, respond to, and understand 5G.

The #5GCheckTheFacts campaign has been shortlisted by the Connected Britain awards for both the 5G Initiative Award, which highlights organisations that have undertaken an initiative to drive the rollout and uptake of 5G in the UK, and the Barrier Removal Award, recognising organisations that have facilitated a successful initiative to remove or lessen barriers to connectivity improvement.

As part of the campaign, a series of information packs and case study mini packs were been launched that explore the benefits 5G and provide answers to queries and questions about health, and recently the official #5GCheckTheFacts campaign video was released. Further to this a new and upcoming series of influencer videos are in production to further enhance the campaign and spread knowledge about 5G.

Commenting on the recent nominations, Gareth Elliott, our Head of Policy and Communications, said:

“I am delighted the important role of our #5GCheckTheFacts campaign has been recognised by Connected Britain by shortlisting us for these awards.”

“5G connectivity is transformational and will benefit society in a multitude of ways, but it is equally important to tackle misinformation. It’s a huge endorsement of the work we have been doing to raise awareness of the benefits of 5G and bust the myths surrounding this new and critically important technology, which will change so many aspects of our lives for the better.”