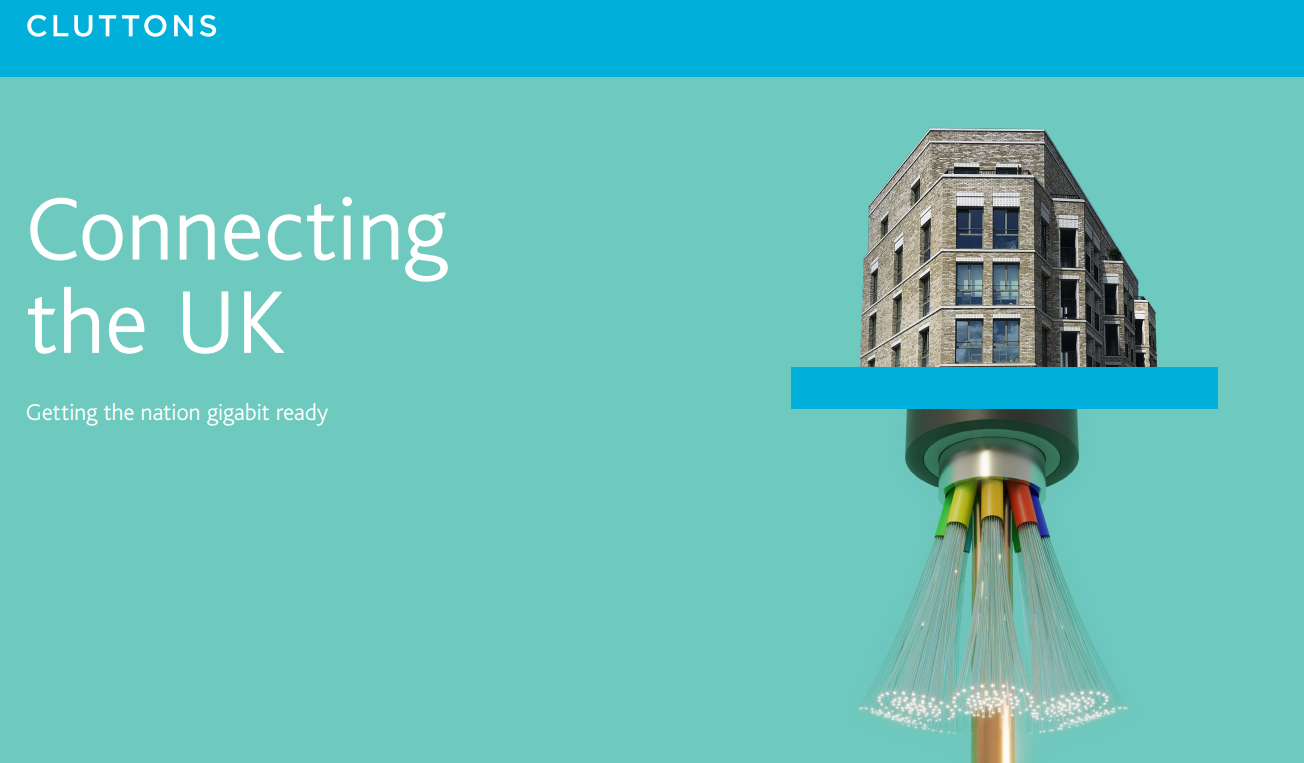 Key findings from the Cluttons / You Gov Report Connecting the UK: Getting the nation gigabit ready:

However, the report also found that where Councillors from local authorities do have a strategy for development of digital infrastructure in place they are:

Gareth Elliott, Director of Policy and Communications at Mobile UK, the industry voice of the UK’s mobile network operators, said:

“We welcome the findings of this report - connectivity has never been more fundamental to the way we live and work.

“The UK Government views digital connectivity as vital for the nation’s future prospects. It has set a target of delivering 5G to the majority of the population by 2027. In turn, it is in the process of proposing changes to laws which will help speed up network deployment and increase coverage, reforms which, according to this survey, are supported by 63% of MPs to speed up gigabit rollout.

“Indeed 78% of local councillors support further broadband and mobile infrastructure and equipment being installed in their local areas – we know 5G is vital to levelling up the UK.

“Despite this acknowledgment of its importance, the report’s findings show just over a third (37%) of councillors are not aware of any explicit strategy for the development of digital infrastructure in their local authority. Nearly three fifths (56%) stated that their council has not assigned a dedicated role of Digital Connectivity Champion or similar.

“Without a responsible coordinator or person with the relevant expertise and skills councils are often not set up to undertake effective digital strategies or build relationships with telecommunications providers. It is therefore unlikely to be surprising to those on the ground that less than a quarter of councillors believe their local authorities' relationship with telecommunications providers is effective.

“All of this highlights digital connectivity as vital for UK’s future prospects. However, much more needs to be done to deliver these ambitions at ground level. We believe the government needs to fund and empower local authorities to each have a dedicated champion with the skills and responsibilities needed to coordinate local strategies. Action needs to be taken now if we are to reach national targets and harness the positive impact which will be felt by a better-connected Britain.”

The Cluttons / You Gov report can be read in full here.

Mobile UK is the trade association which represents the network operators across all four nations: EE, O2, Three and Vodafone. It is the principal body with which regulators, assemblies and governments consult on mobile communications. It champions the common policies and innovations driving the evolution of the industry. Find out more here.