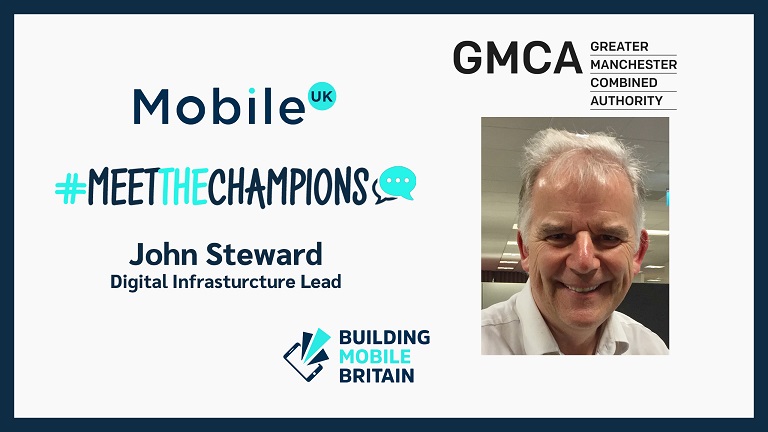 John explained how improved digital connectivity is essential for industry and economic growth across the Greater Manchester region. He discussed the future of connectivity for the region.

Additionally, John discussed the importance of Digital Champions at a city region level. Greater Manchester Combined Authority has ten local authorities in its remit and acts as an intermediary between the market and local authorities to provide support, guidance, and a shared network of resources.

Watch the full video here to find out more about the positive impact of digital connectivity in Greater Manchester and the vital role that his role as Digital Champion has had on improving relations with the industry and smoothing the rollout of digital infrastructure.. You can also visit the Greater Manchester Combined Authority website, for more information on their Digital Blueprint plan.

For other episodes of the #MeetTheChampions series, subscribe to our YouTube channel so you do not miss any uploads!